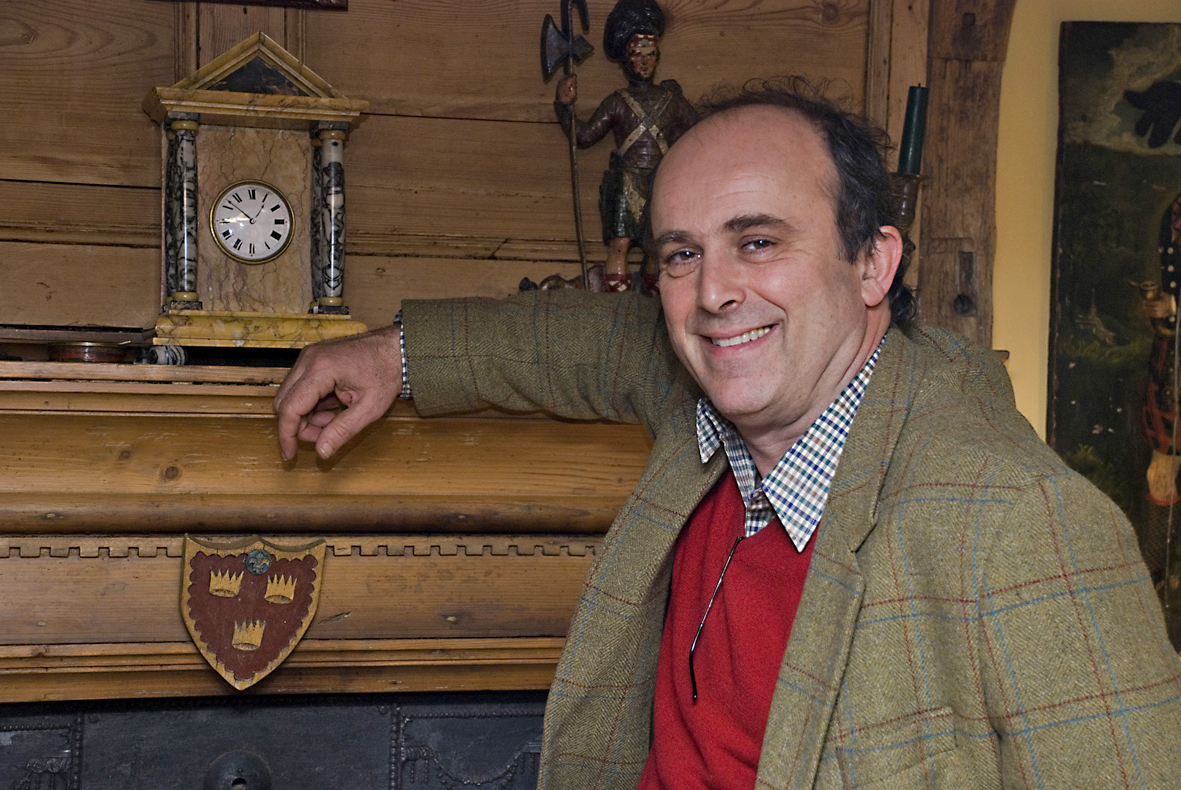 Denzil and Nicky Grant met at West Dean College where Denzil gained a BADA Diploma in Restoration, and Nicky was training to be a tapestry restorer.

They shared a mutual passion for the arts, antiques and each other, getting married a few years later. In 1976 they founded Denzil Grant Antiques.

Nicky and Denzil were skilled and passionate about antiques restoration, and the business began offering purely restoration services. In 1979 they expanded and opened a trading wing of the business and began dealing in provincial antiques, Folk Art and associated items.

Over the past 40 years they have built an excellent reputation and have exhibited at many of the major antiques fairs over the years including: Olympia, Chelsea, BADA, NEC and LAPADA.

Owing to his extensive knowledge in his field, Denzil has also served on many vetting committees, including

chairing the Olympia Oak and Country Committee. He has also served on the BADA council, where he chaired the Fairs Forum.

Denzil and Nicky now predominantly focus on exhibitions from their own gallery, namely Green Farm Gallery, alongside an active online presence through which they offer a rolling collection and two exclusive exhibitions per year.

The restoration side of the business is still very active and Denzil works on many pieces from his workshop in Suffolk.

Denzil also works with clients to create beautiful and unique interiors – a skill he and Nicky have gained vast experience in during their time working in the antiques trade.

Even after 40 years, both Denzil and Nicky are still inspired by discovering one-off objects that offer charm and tell a story. Denzil Grant Antiques specialise in naïve and Folk Art, vernacular painted and country furniture and provincial antiques. They strongly believe that their unique eye and experience in the antiques trade gives their exhibitions and rolling online collection the very best of what’s out there in terms of unusual objects, full of character and offering an authenticity that appeals to even the most discerning eye.

This website uses cookies to improve your experience while you navigate through the website. Out of these, the cookies that are categorized as necessary are stored on your browser as they are essential for the working of basic functionalities of the website. We also use third-party cookies that help us analyze and understand how you use this website. These cookies will be stored in your browser only with your consent. You also have the option to opt-out of these cookies. But opting out of some of these cookies may affect your browsing experience.
Necessary Always Enabled

Any cookies that may not be particularly necessary for the website to function and is used specifically to collect user personal data via analytics, ads, other embedded contents are termed as non-necessary cookies. It is mandatory to procure user consent prior to running these cookies on your website.